This project is arranged by !FEST Holding of Emotions, "People of the Streets" Tango Club and ex-ambassador of Ukraine in Canada Ihor Ostash. The CD of his music will play this evening, especially recorded to the anniversary of the composer's birthday.

“We as most locals who were brought up on his songs listen to this music with pleasure today. Lyric tango dance melodies of incredible Bondi are touching everyone!" – admit the organizers.

Bohdan Veselovsky was a composer and a song writer. Almost all Ukrainian speaking locals were dancing to his tango and foxtrot in the 30s of ХХ century. His "Time will Come Again" has been popular for 70 years and "Fly Away Sad Song" has been a hymn of Ukrainian emigrants up to now.

The composer came from Stryy, Lviv region. Having received education in Vienna, in 1938 Bohdan Veselovsky moved to Transcartpathia.

When the war began in Transcartpathia, Ukraine, he did military service. During the World War II he was composing Ukrainian folk songs. He started writing songs at the age of 16 and Ukrainian tango “Time will Come Again” became a hit in seven years. He moved to Canada after the war. The composer worked in Canadian radio, in particular Ukrainian section for a long time. His works were forbidden during Soviet times. He left 130 songs.

"People of the Streets" is the leading school of Argentine tango in Lviv founded in February, 2006. 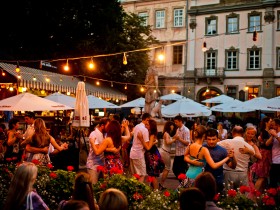 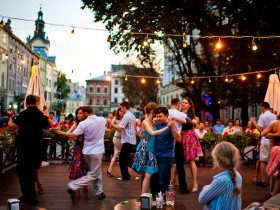