Now !FEST is more than a restaurant company. We have a brewery, the beer from which has already earned its world recognition ; we bake our own bread and delicious desserts; we make ice-cream; we make clothes about Ukraine, which give the freedom to fly; we build new, different apartments in Lviv; we hold festivals and also teach in our School of open-minded kids how to create future. We keep on! ;).

To create a unique scope of emotions and impressions, to make: itself, the city, the country and the world better.

To become the world company.

Unique and visionary, passionate and caring, dedicated and open-minded – we move forward together!

At the beginning of spring, 2007, somewhere at Rynok Square in Lviv, three young businessmen and non-conformists, felt an irresistible urge to make their own company, based on principles and values they shared. One of them, Andriy Khudo, was a visionary as he could unite people of different background. The company idea was accepted, and motions quickly. Logos were worked out, first employees were hired and the company was created. "Diana at Rynok Square”, a summer open air cafe was the first project, and right after "Kryjivka" restaurant was born, September, 2007. "Kryivka" became the founding base for our Holding company. 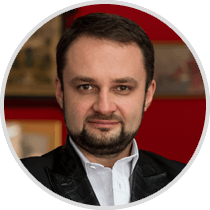 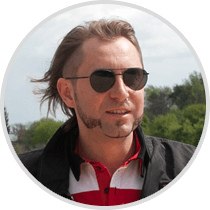 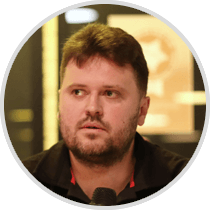 A system of "kickbacks" in the Ukrainian economy, unfortunately, is one of the driving forces. In other words, you pay and you receive a part of money (it's often your money). This system works in state level as well as in private establishments thus testifying about corruption and dishonesty in relations. We are building our relations honestly and open with you. Our prices in the restaurants are reasonable and reflect market values. And this fact will remain forever! Giving a discount means to increase prices sneakily somewhere else (restaurant operates on a small profit). We want to build relations with patrons and employees alike, honest and clear as a common practice in the civilized world. One of our ways is a loyalty system. It gives us an opportunity to better understand everyone's needs and to leave positive emotions and unforgettable memories.

New partners join our Company every day. If you would like to become our partner, please choose a direction you are interested in and phone us.