Three retro cars that must be seen in Lviv. Photos

On the eve of Leopolis Grand Prix-2015, the festival of vintage cars, you can see photos of unique retro cars in some of !FEST restaurants.

Car on the roof overlooking the city? Car on 2nd floor of a busy dining room? How did they get there? Nobody knows but they sure have exciting stories to tell. 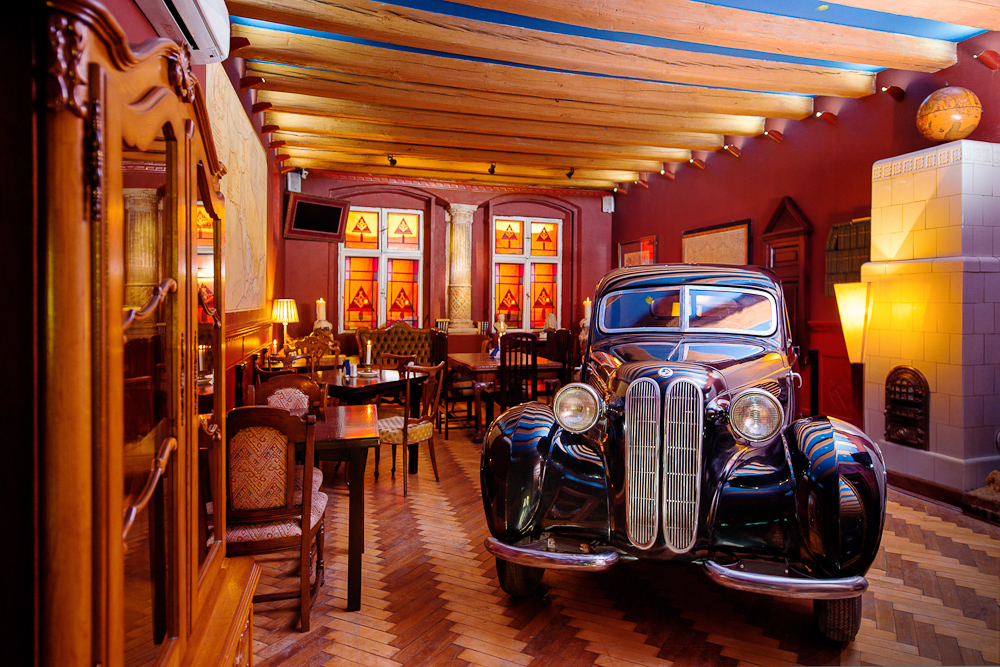 This beautiful car of 1936 is hidden somewhere in the halls of The Most Expensive Galician Restaurant. The car was BMW's first four-door sedan. After production it was an expensive car with an innovative design. BMW 326 was produced in 1936–1941 and briefly in 1945. A four door sedan model and a two – four doors cabriolet model were produced. 60% of the plant in Eisenach was destroyed during the war. Nevertheless, 3 BMW cabriolets, 18 BMW 326/2sedans were manufactured till the end of 1945.

"The airborne car of Manual and Row Drive, "EMIR" model" – this is how it’s written on the car that has mysteriously got on the roof of “House of Legends”. The old Trabant (1979) differs from the others Trabant, owning a propeller and rows. According to the legend, the chimney-sweeper takes his car and fly over Lviv traffic jams when on call to clean house chimneys.

Trabant is a producer of compact cars from the Eastern Germany (a pre-war plant of "Horch" company). From November 1957 till April 1991 3 132 Trabant cars were assembled in Zwickau. 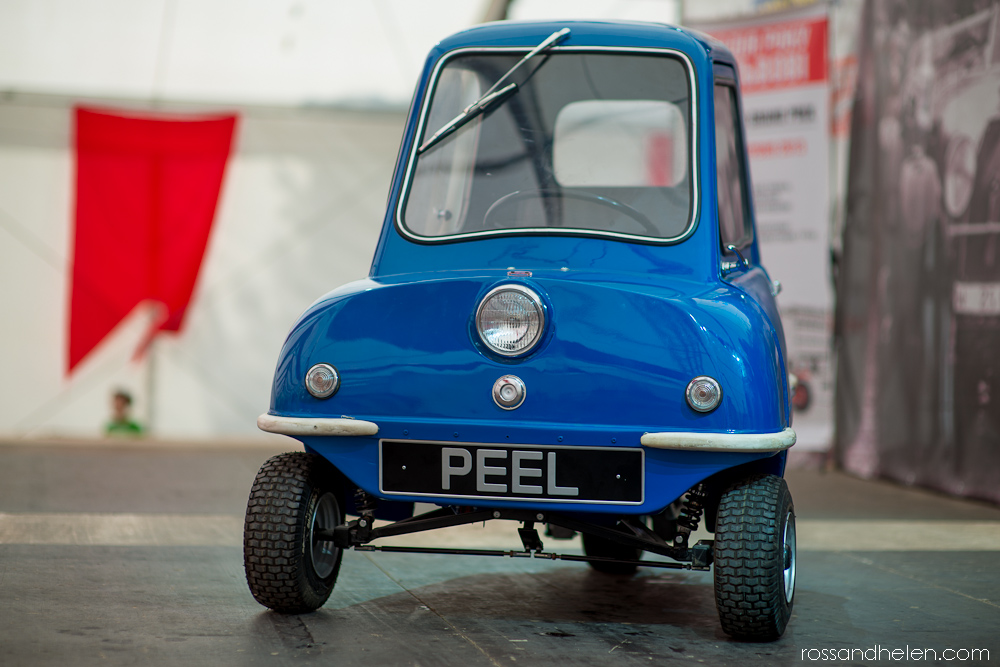 One can see Peel P50, the smallest car in the world, downtown in Lviv in Lviv Coffee Mining Manufacture. It’s a three-wheeled microcar manufactured by Peel Engineering Company.

This model could take one adult and a shopping bag and had only one door on its left side and one headlight. It has beaten a record so far as the smallest series car made. There is a handle at the rear and it allows the car to be manually moved around when required. It was assembled in 1963-1964. In 2010 Peel P50 production was reinstated in Northern England and powered by an electric motor and with a top speed of 16 km/h.

We would like to remind you that an exhibition of Willys MB, the American military car of WWII, will be held in Italian Terrazza, 6 Rynok Square, during Leopolis Grand Prix on Friday 12th, at 14.00. The film “The Longest Day” of Normandy landing of June 1944 with Shaun Connery will be shown at 21:00 Free admission. 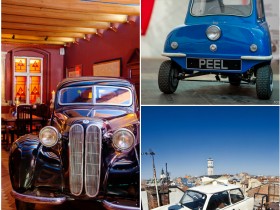 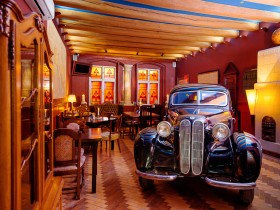 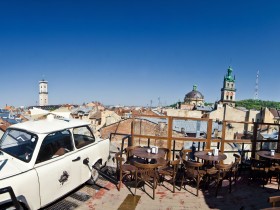 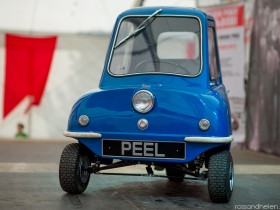