Illya Demkovskyy is the new chef at Beer Theatre "Pravda". From Donetsk region, he has always dreamt to work in Lviv. Being a chef for more than 12 years, he has launched big projects in Kyiv, taught in Culinary Academy and now he has arrived in the Western Ukraine to develop a beer cuisine culture. Illya told us about his aims to raise quality in “Pravda” kitchen to a new level, introducing beer desserts and above all, to teach people the art of pairing food and beers. 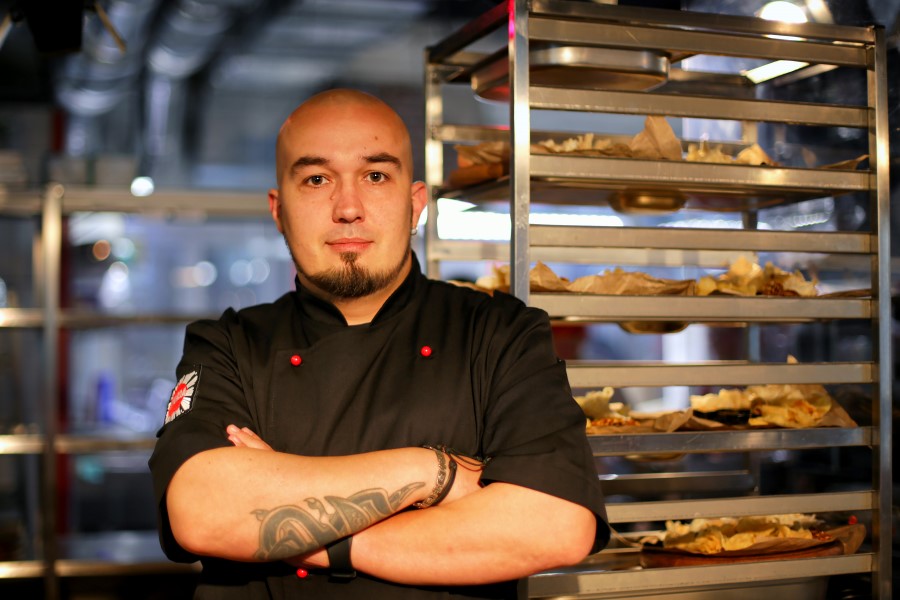 Illya You are from Donetsk region. Why did you decide to move to Lviv?

Yes, I'm from Makiivka. My education was to be is a process engineer. I’ve been focused on Lviv and !FEST for a long time, we cooperate time to time on consulting basis. The Company is very progressive and dynamic, and it is located in Lviv. All my relatives are from Western Ukraine - Lviv and Volyn region. Previously I planned aimed to work in Kyiv, and did it. . But I don't like Kyiv. Later I tried Chernivtsi, but Lviv still was my objective. So I got an opportunity that I couldn't miss! I am a patriot; I don't want to work abroad. I want to work here!

Tell us about your kitchen experience. It's not your first job as a chef!

I was lucky to have gained a great deal of experiences. When I was studying I worked in an “Artek” camp during two summers where foreigners and children of wealthy people were relaxing. We prepared dishes for 700 people. It was the second half of the 90’s and you could not in the 2-3 large restaurants of the biggest cities decent jobs. The camp had “exotic” food products, impossible to find anywhere else. Quality and sanitation expectations were high, 3 to 4 checks a day. When you cook for children of wealthy families, situations are different :). 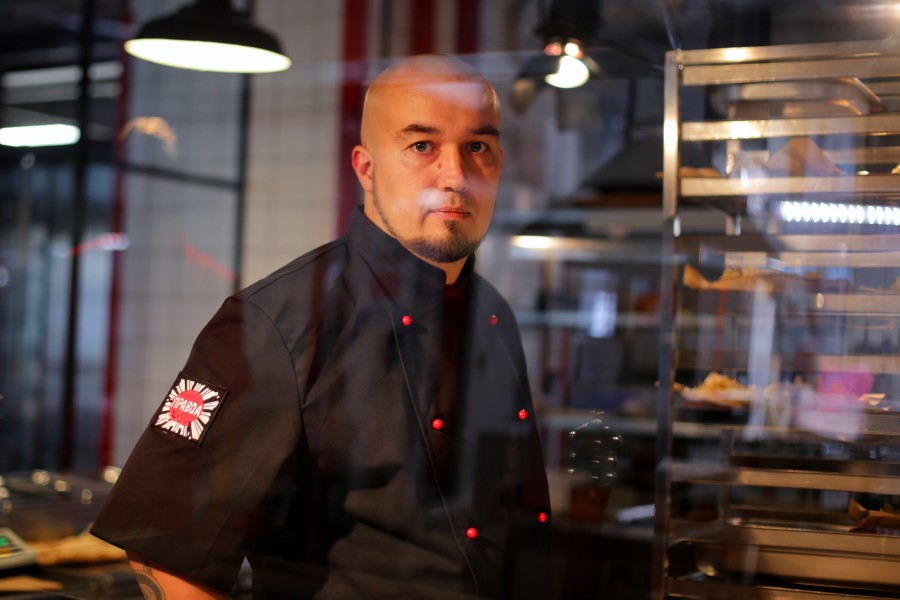 I was a chef in one of the biggest restaurant chains in Kyiv for four years, wrote articles for the “Restaurateur” magazine and published my best recipes in “Gourmet” books. I was a chef in Culinary Academy of the renowned TV host and the celebrity chef Hector Jimenez-Bravo. Later I worked in Chernivtsi where I fully changed the format of the restaurant. And when I finished there, I decided to move on. And now I’m in Lviv!

In "Pravda" you have a responsible mission - new kitchen quality?

Changes have been already made! We are seriously controlling all stages: from receiving point to dishing out. Strict regulations and timing rules are implemented according to standards. 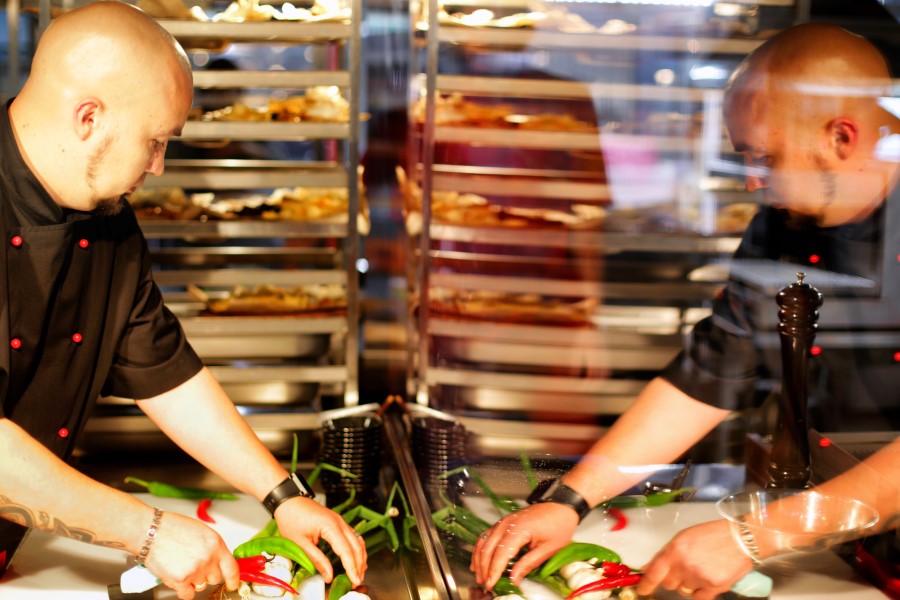 Food products are brought by a specially equipped transport. We monitor products at receiving point, check documents and transfer them into storage rooms. The next controlling stage is processing. The ready dishes are also controlled; we store food into disposable food containers, vacuum packaging, and flash freeze for 90% of the cases. There is a strict standard how dishes are made and served. The A server is then responsible for taking dishes to the guests.

Did you retrain the staff?

You must emphasize on the general standards and upgrade even the most experienced staff. Of course, we have continuous trainings and lectures on food sanitation, how to prevent food disease outbreak. We have strict sanitation practices! In fact, staff training is permanent every day.

Tell us about the kitchen. It’s an open kitchen and guests can watch the whole preparation and cooking process. Not many restaurants have it.

The kitchen is perfect, big, spacious, open and light. It differs from other open kitchens with one special peculiarity: you can watch from the third floor dining room, 90% of kitchen processes, you can follow how your dish is prepared – from a raw product to serving. It’s a great aesthetic satisfaction – to watch people doing their work professionally. People often eat without even thinking how many efforts were made to cook his dish. Here you can see it with your own eyes. 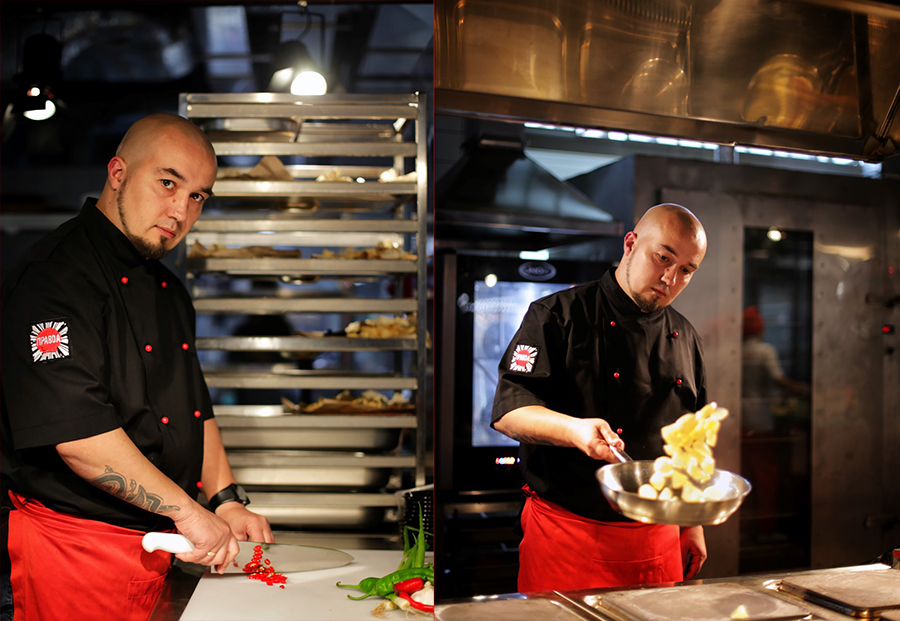 Yes, the restaurant can be proud of its kitchen located on Rynok Square serving tasty food and true beer. You can’t find another one in Ukraine, that’s why “Pravda” must become a Mecca for beer-fans. Besides enjoying beer, having emotions from Orchestra play and watching a brewing process, guest whose visiting us must remember that delicious dishes that go best with that beer. And this is “Pravda” unique feature – here you can order meals not just beer appetizers. Beer drinking culture and meals can’t live separately. We also have beer desserts. I prepared sorbet from Jam blackcurrant beer! Everyone who tasted it wants it again :).

Many people associate beer with common appetizers. “Pravda” menu has got many full dishes. Sometimes guests don’t understand it...

If not speaking about the food, let’s be honest, there is no beer drinking culture in our country. What do people drink here? What is sold in stores! Most people haven’t known anything about manufactured beer until recently…

In general, eating out hasn’t been yet developed in Ukraine. People stopped perceive food as pleasure but, unfortunately, they think about “big portions for less money”. It’s still the feedback from the USSR when most people didn’t have much choice. We must teach people to enjoy food!

It’s a question of time. When sushi restaurant began to appear, nobody wanted to eat them at first. Of course, some guests will still order beer appetizers. But “Pravda” dishes will become a trend! We have different beer and different dishes and they will generate interest and emotions.

When you spend in the kitchen so much time, enjoy it, deal with staff problems, you decide where you should move on tomorrow, how to organize the day. Team’s work is most important; the only option for “Pravda” future.

Hobby:I have a diploma on accountant of small enterprises. If not for the kitchen, I would have been an accountant or an IT consultant.

Music:I love exclusively good music. Format is not important but new music, an idea and emotions aroused by music.

Literature:I am keen on fantastic and historical documentary books. 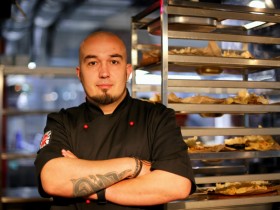 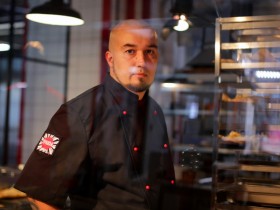 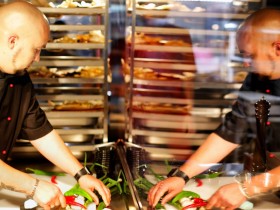 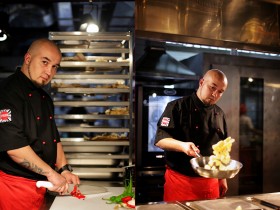