To Survive and Not Lose Our Name. Two Years of Lviv Handmade Chocolate in Invaded Donetsk

Business in Ukrainian language in invaded Donetsk, Ukrainian Ltd, no Russian rubles and payment to Russian invaders, however, without future perspectives. Lviv Handmade Chocolate has closed its café in Donetsk.

Lviv Handmade Chocolate and its operation during the period of Russian invasion in Donetsk is a readymade plot for a good Hollywood film. These years we refused from official comments, said general phrases and told only our friends what in fact was going on there. We were forced to behave like that because the lives of our employees were under risk and it’s incomparable with any media bonuses.

We were working because we hoped that the situation would change and we had to hold out – amonth, sixmonths…therefore, now we understand it will last long and there’s no sense to wait any longer. And due to the last events with so called local media and mayors the risk was too high. That’s why, we decided to close temporary Lviv Handmade Chocolate in Donetsk.

In a nutshell, here is information what we were always asked.

We won’t surprise anyone if we say that invaded areas nowadays are a black hole that lives for expense of smuggling and absence of the border. You won’t be amazed that bribes on Ukrainian roadblocks are even bigger than on invaders’ ones. We don’t have any connections to it; however we think it must be told about it today.

We didn’t have any war experience. We were never invaded. We were frightened more than once. On hearing explosions and shootings we and our guests escaped underground and kept waiting. We held our breath when mothers with small children threw out people with weapon. We spent two years as in a cage with a tiger; we couldn’t turn back, sleep tight; we appreciate each day and hope. But we are assured that we have done right. And now we can state that the last flag of Ukraine in invaded Donetsk stopped to exist.

These two years will remain for everinourheartsand Ukrainian history as an example of unprecedented business operation established on values.

We are very grateful to all Lviv Handmade Chocolate team in Donetsk! We do believe that this project will be renewed when Ukrainian government will again rule on this territory and we’ll do our best to provide jobs to all people who would like to work in our other projects in Ukraine. 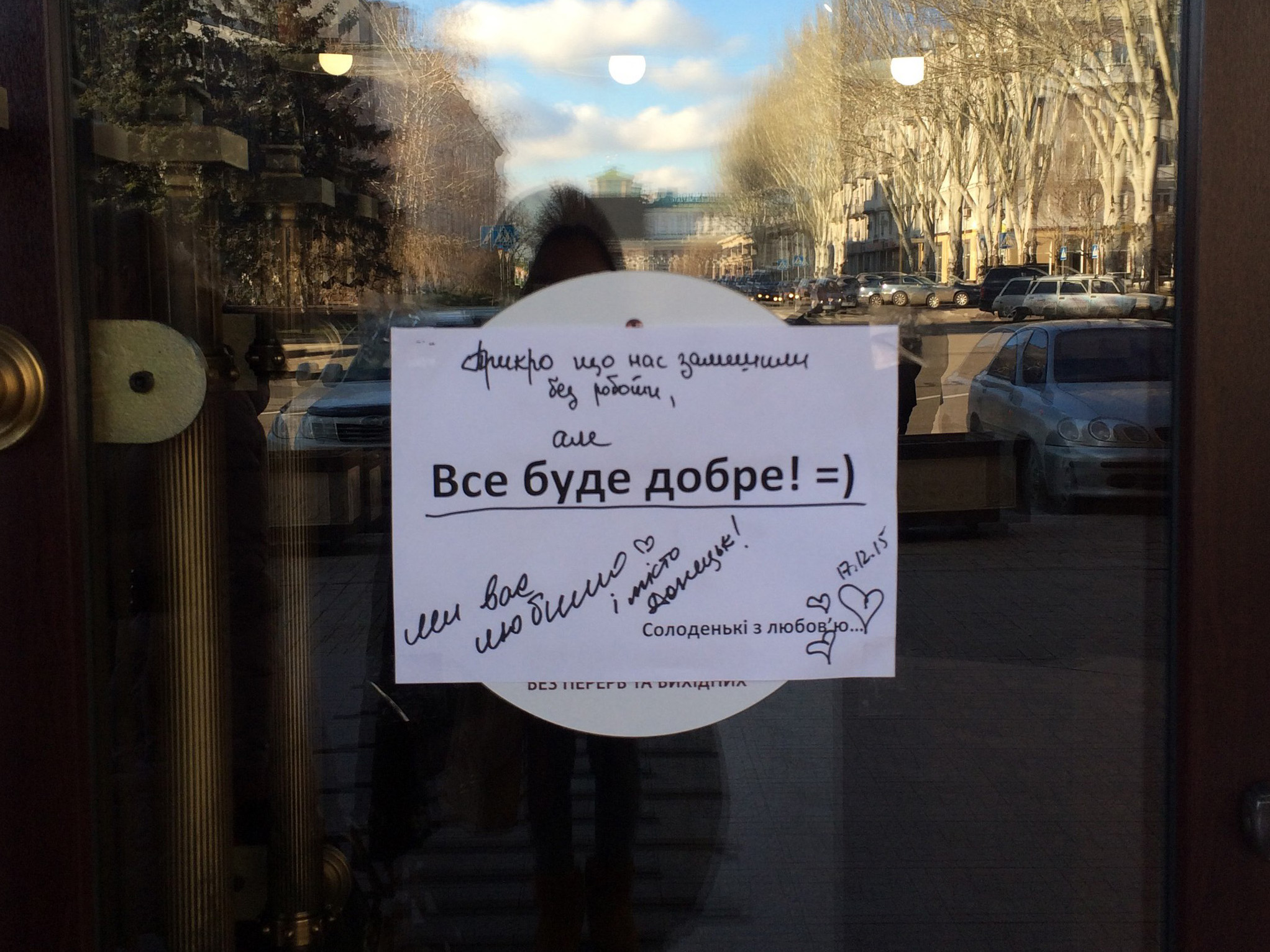 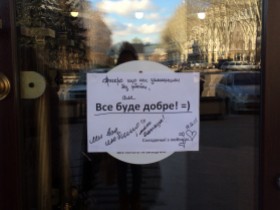