Yurko Monchak, a professor at Medical Faculty of McGill and Montreal universities (Canada) spoke about GMO newest experiments and researches on the first lecture within !FESTacademy project: talks about future. 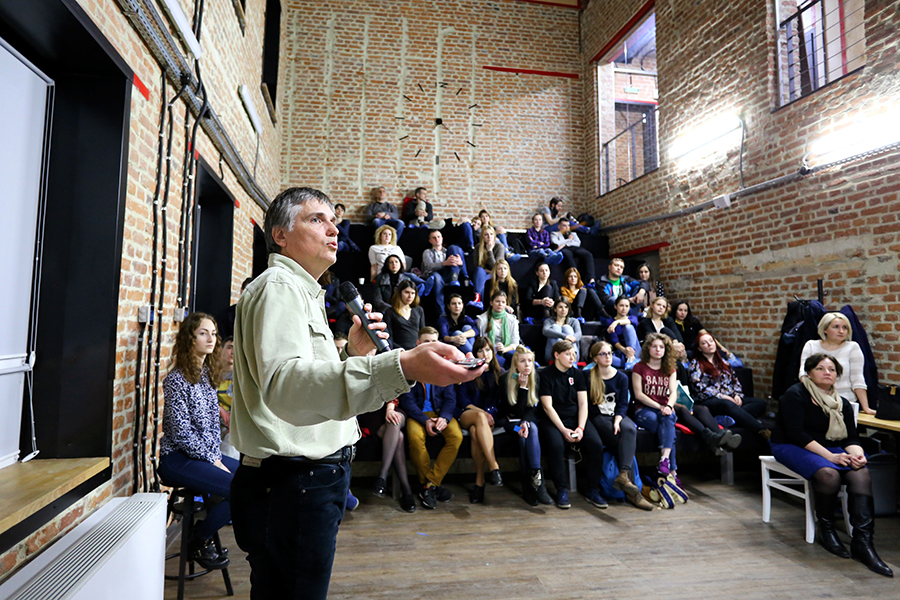 The lecture on “GMO, Chimera, Transgenes: Frightening or Not?” was delivered on March 22nd in !FESTrepublic.

Professor Monchak presented a topic, explained how GMO process is created and told the audience about the latest experiments where scientists are working out now in different parts of the world. He also paid attention to ethic discussions that are happening around these processes. 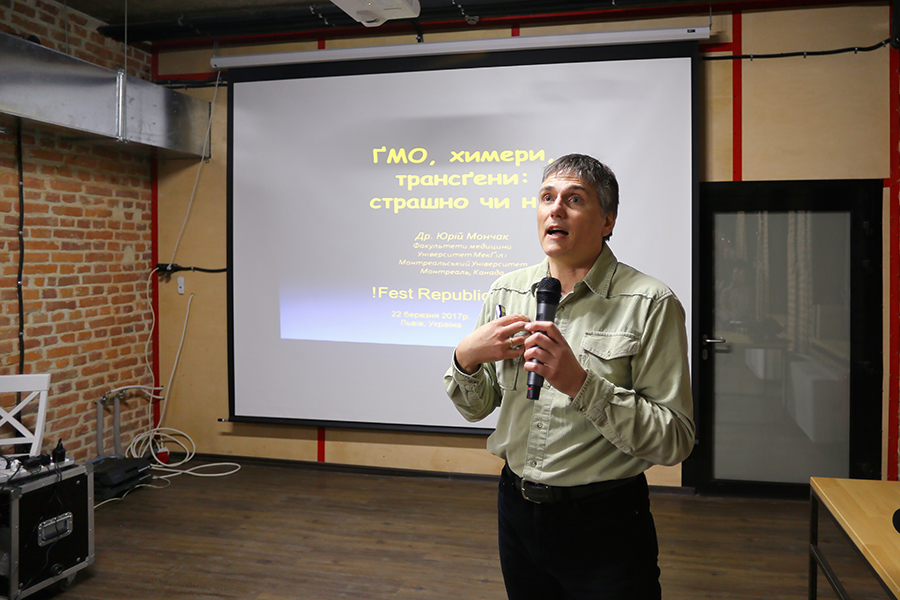 Researchers have created a new live organism in laboratories. They made a synthetic gene and injected it into bacteria organism, substituting it into a “natural” gene. Later on they made a new organism “alive” with the help of electric current. At present time there is an organism that has never existed before on our Planet. 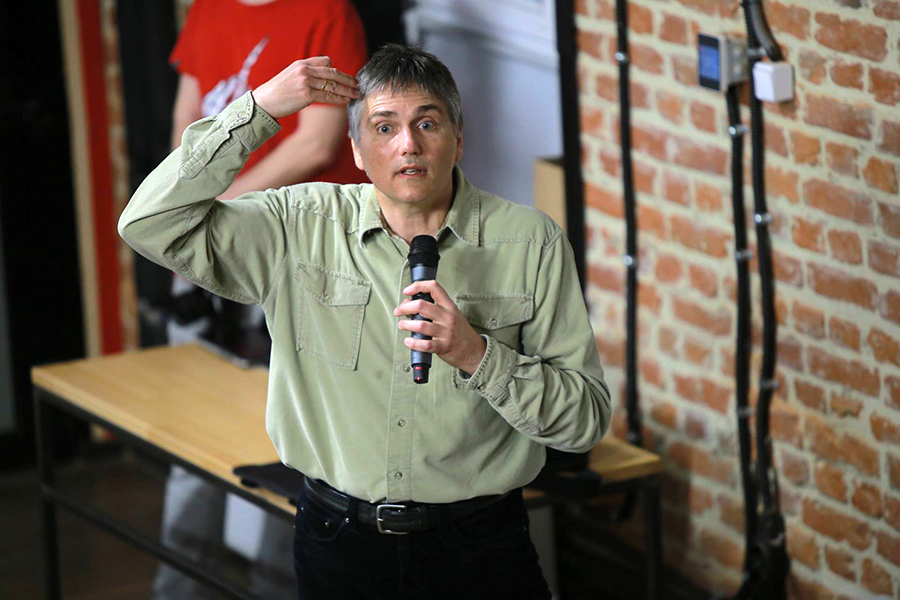 Scientists are trying to clone a mammoth, whose remnants were found frozen in a glacier. The film Jurassic park can become a reality. 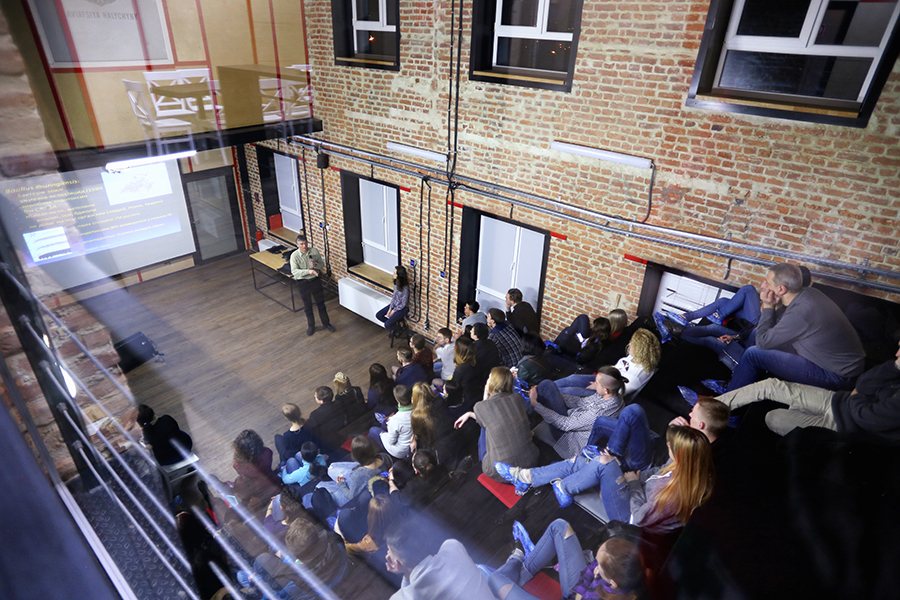 Researchers are striving to grow human organs for transplantation in animal organisms (pigs) with a method of genetic modifications. World community severely criticizes this initiative because such method can cause side effects that cannot be controlled by scientists. For instance, human cells can create neurons in pigs that could be used to create a “intellect super pig” “And what will be our attitude to such pigs?” asks Yurko Monchak.

Participants of the first lecture actively discussed the topic. They asked the speaker a lot: about law limits of such experiments and “GMO” signs on food products, about harm on health and if Yurko Monchak consumes GMO products. 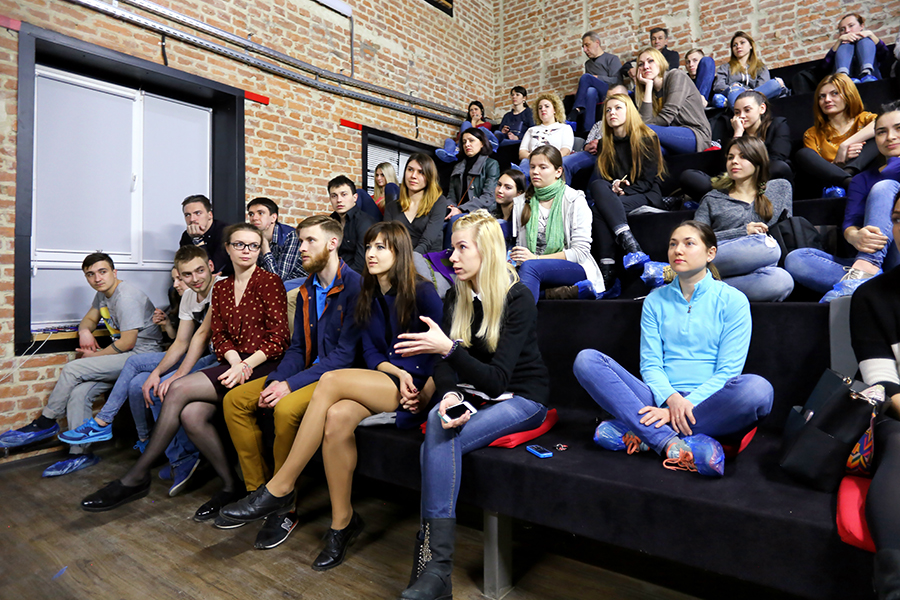 We are grateful for professor Monchak and his visit to !FESTacademy. Follow our new projects and next events. 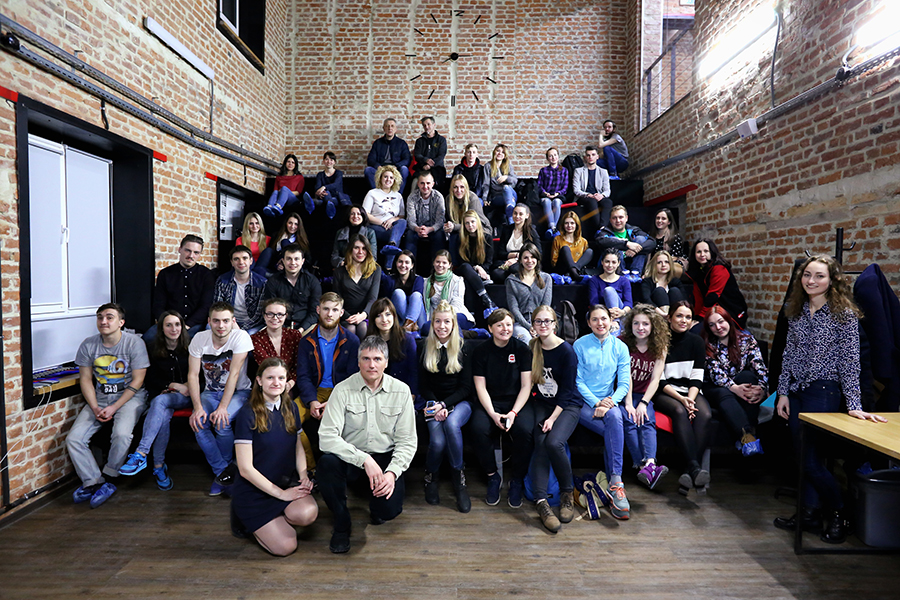 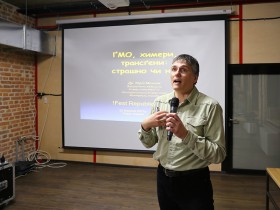 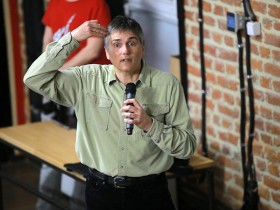 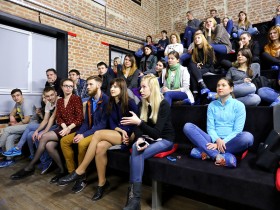 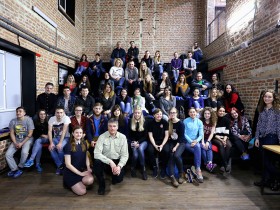 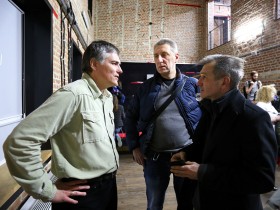