Today Ukraine is commemorating 100th anniversary of the Battle of Kruty. It’s a historical battle between an army of 4 thousand soldiers, commanded by Muravyov and a group of Kyiv students. It lasted for 6 hours where nearly 100 Ukrainian young people died. It suppressed an assault on Kyiv for 4 very important days. 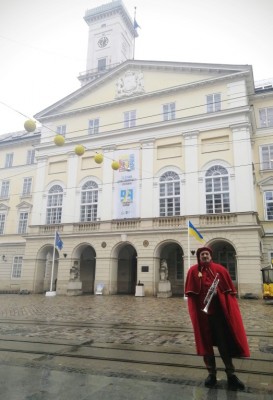 All cities of Ukraine are commemorating this event. We do remember about this historical battle.

Yaroslav Simkiv, our trumpet player (people know him as Misko Pstruh), played the march of Ukrainian army on the City Hall and joined a flashmob dedicated to 100th anniversary of the Battle of Kruty. 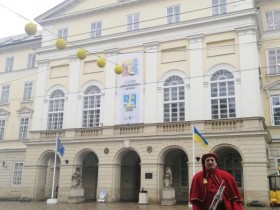 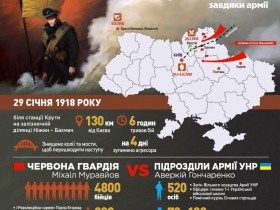