We’ve gathered 5 Galician Jewish dishes that originated from Ukraine. These are 5 recipes that appeared due to a mixture of cultural traditions of various people, in particular Ukrainians and Jews. It’s a unique phenomenon in the Galician cuisine. It was founded on cultural traditions of all residents of multicultural Galicia. You can taste these dishes in Galician and Jewish restaurant "At the Golden Rose".

It’s very simple: herring with marinated onion - a dish that Jewish people borrowed from Prussia and brought with them to Galicia. And it’s impossible to imagine a festive table without herring. True Galician person will definitely consume beet with horseradish on holidays. But a few people know that, in fact, this dish was created by Jews. In Europe and Galicia meat was served with creamy horseradish sauce. According to kashruth (a set of Jewish religious dietary laws) Jews weren’t allowed to eat meat and milk simultaneously, including sour cream, that’s why they substituted cream into beet. 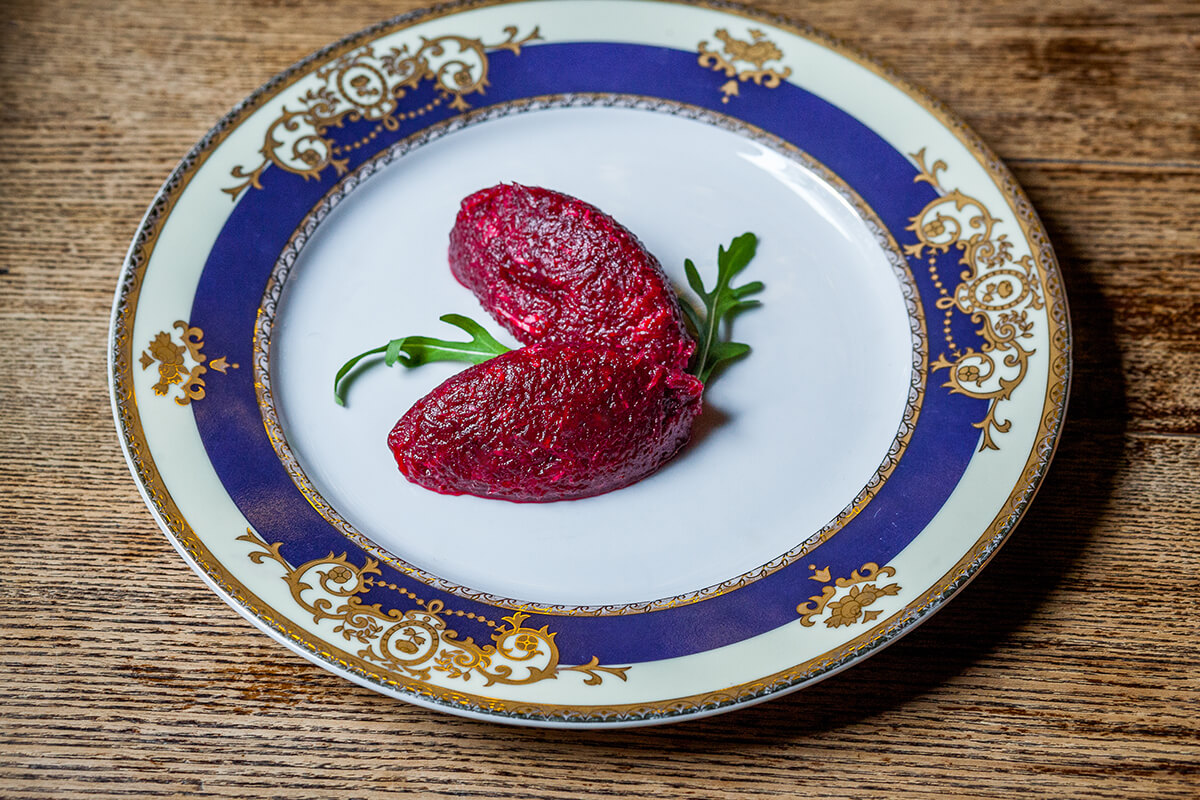 It’s a traditional dish of Jewish cuisine. It’s prepared for holidays and every day, too. Galician people also began to cook stuffed fish.

Our brand chef, a Galician culinary expert Serhiy Pozhar, has improved the dish, taking into account historical recipes of Galicia.

"At the Golden Rose" Galician and Jewish restaurant carp is stuffed with grounded fish, and cherry sauce with raisins and spices is thickened with a biscuit as in a culinary book of a royal cook of 1682. 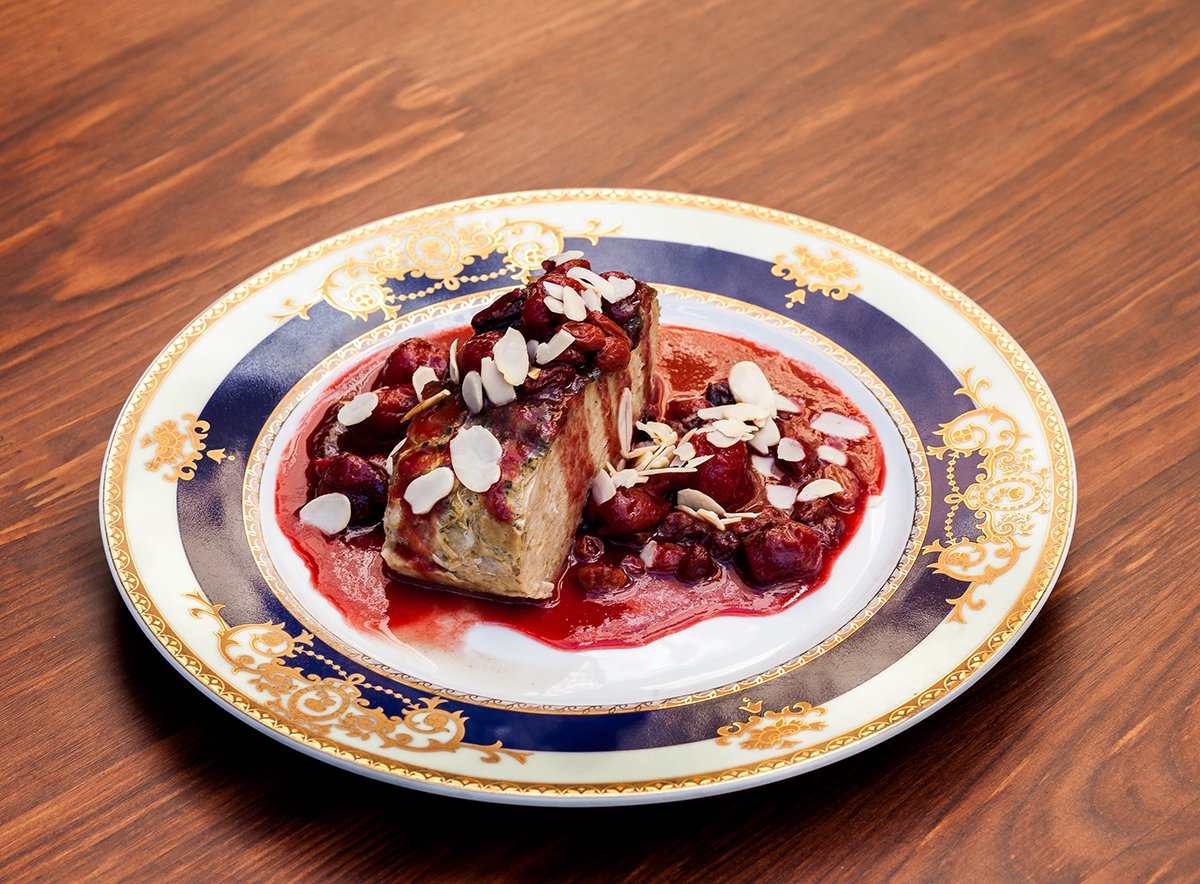 It’s a sauce or an appetizer that is consumed with lavash flat bread or matzah in the Middle East.

It’s a traditional dish of the Middle East. It’s made of chickpeas. But in Galicia except traditional ingredients, i.e. olive oil, garlic, lemon juice, paprika, sesame seed paste, beet is added. Today hummus can be prepared with pumpkin, spinach or cilantro. Galician people also like to use the word “tsimmes” as a notion of something special and unique, a quintessence of taste. 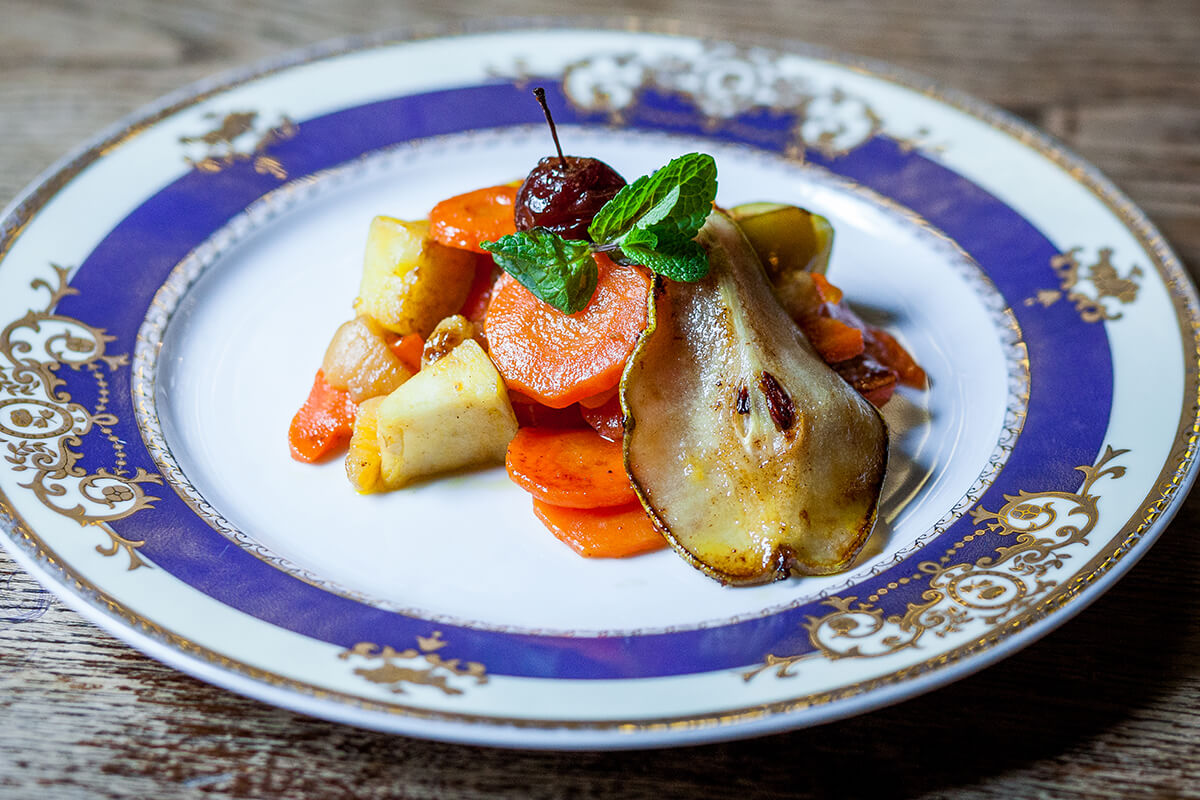 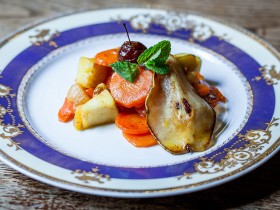