Three museum restaurants you must visit on the International Museum Day

Our restaurants and establishments have never been just restaurants, they have always been a fusion, merging different aspects, something more than just cuisine and design. They are always a story we want to tell, or a legend we convey, or an idea. 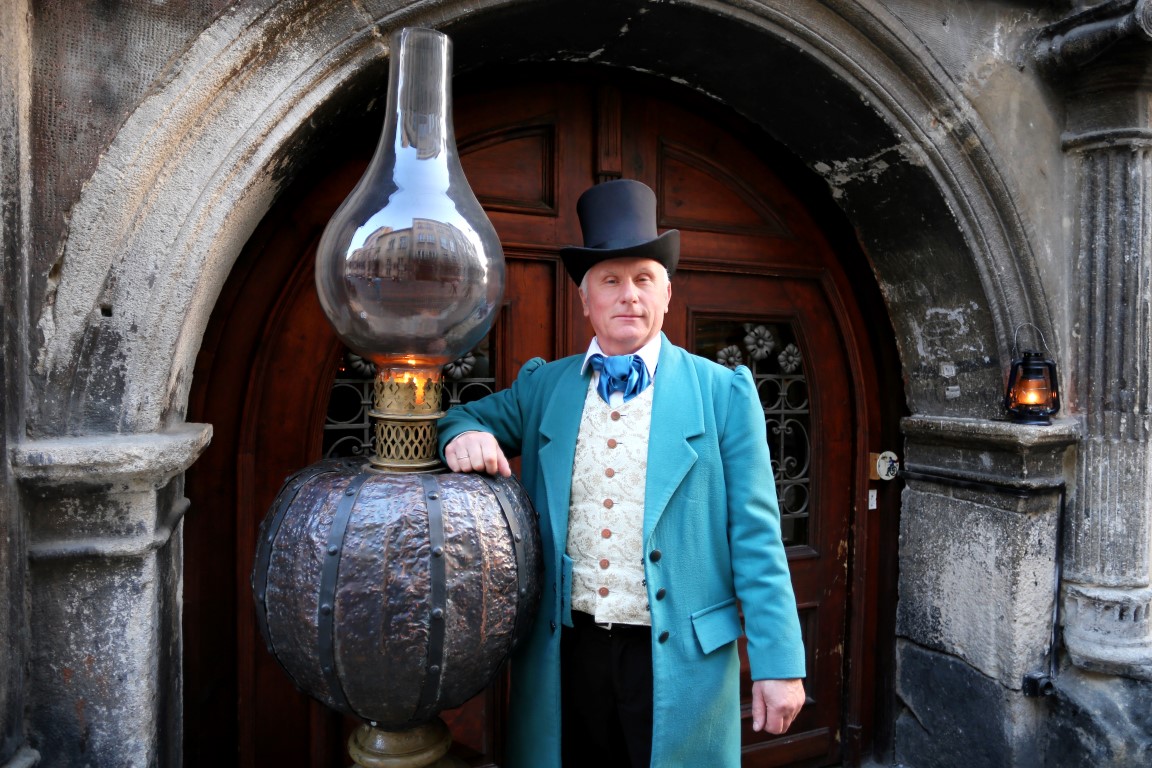 Today, on the International Museum Day, we will tell you about our establishments that have managed to go beyond mere restaurants and turn into museums. By the way, every year the Organizing Committee suggests a theme for the International Museum Day. In 2018, it is “Museums in the Net: New Methods, New Visitors”. That is, it focuses on the impact of networks, new technologies, and innovations on the activity of museums and their interaction with different target audiences.

Thus, we created a new museum-restaurant format in Lviv for new audiences many years ago, and it is worth your while to come here and delight in delicious meals while enjoying our exhibits too.

The kerosene lamp “was born” in our city back in 1853. We knew about it and wanted to tell everyone about this fact.

This first lamp was later described as “Viennese” but as a matter of fact it should have been referred to as the Lviv lamp. Our restaurant has an entire collection of lamps, which we grouped by types and categories. A more detailed layout of our “exhibits” can be found on the reverse side of the restaurant menu. All in all, we have 524 lamps, which make it almost the largest collection of lamps in the world. The restaurant has several floors, with a glazed terrace on the top and the entrance via narrow twisted stairs, where you are guided by our Lampist.

Near the restaurant, we installed a monument to the two inventors of the kerosene lamp – the pharmacists Jan Zech and Ignacy Łukasiewicz (the author of the sculptural composition is Volodymyr Tsisaryk). You probably remember only the one sitting on the chair – Jan Zech, but, if you look up you’ll see Ignacy “waving” at you from the second floor. Legend has it that they wanted to find a way to make moonshine from fuel oil but instead invented a way to distil oil and launched a new lighting era for humankind. This is why the menu of Gasova Lampa is also very “chemical”: beverages in beakers, special offers that are fizzing, boiling and smoking. We have some more surprises for you to be disclosed in the establishment – come visit us!

This is not a museum restaurant. It is difficult to find any term to describe it other than Kryivka. It tells the world about the Ukrainian Insurgent Army. The restaurant has no address because the rebel army was a secret Ukrainian organization. Look for it on the Rynok Square. At the entrance, you must say the password, otherwise they will not let you in! Kryivka has a WC, and you can use bofons (the Insurgent Army used to have such a currency) to pay here. In Kryivka there is a lot of weapons: both secret (if you can find it) and ordinary. On the walls, there are paintings by Nil Hasevich (an artist fighting in the Insurgent Army) and a lot of useful information about insurgents, pictures of that epoch and the reproduced Aphrodite radio station. Here you will have a hearty meal, while the tableware and interior reproduce the life of a true UIA bunker.

The establishment conveys the life of Halychyna Jews in the interwar period. We have the proper food and meals, many dishes were created by Halychyna Jews who were born here in the 19th century and then spread throughout Halychyna from the Jewish district. Here you can try real kosher wine. But most importantly, today it’s probably hard to find a place in Lviv that could tell more about the life and culture of the Jewish district of Lviv. On the walls of the institution, you can see the real artifacts and photos of those times, learn about the Jewish theater destroyed during the Second World War, the history of Lviv synagogues and much more. 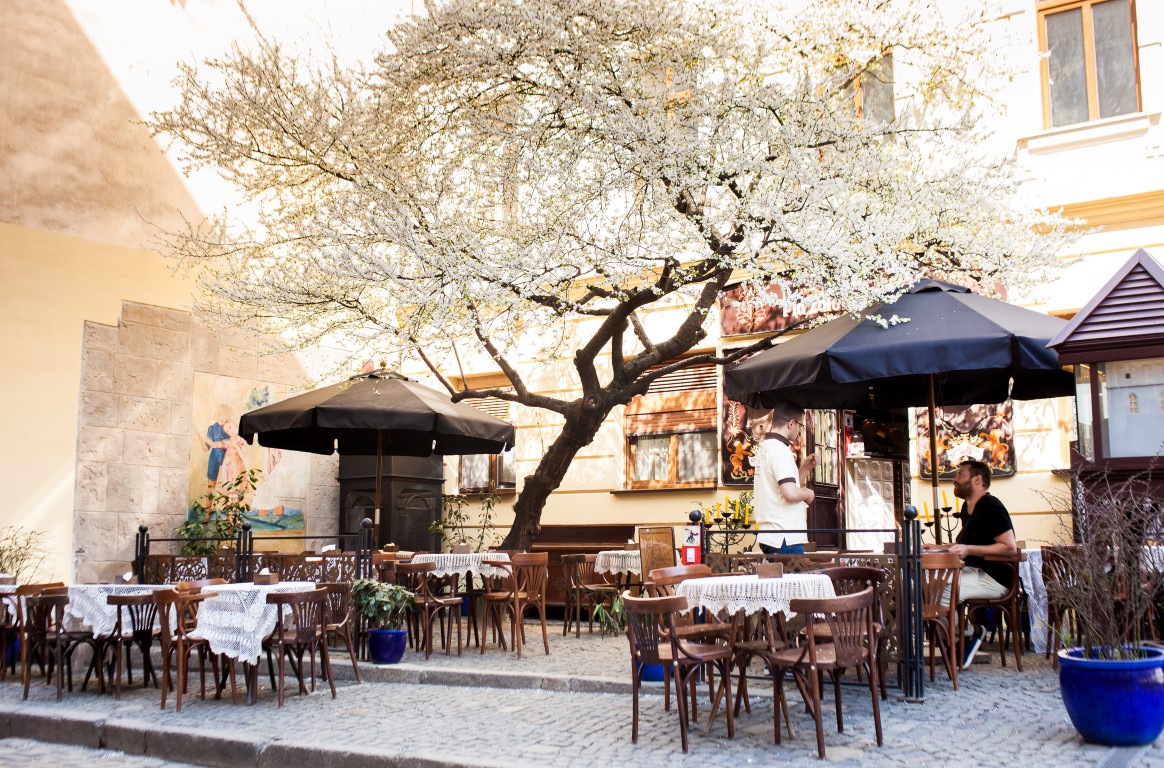 Besides, in this restaurant, you are expected to haggle, to wash hands traditionally before meals, and you can sing farewell songs. 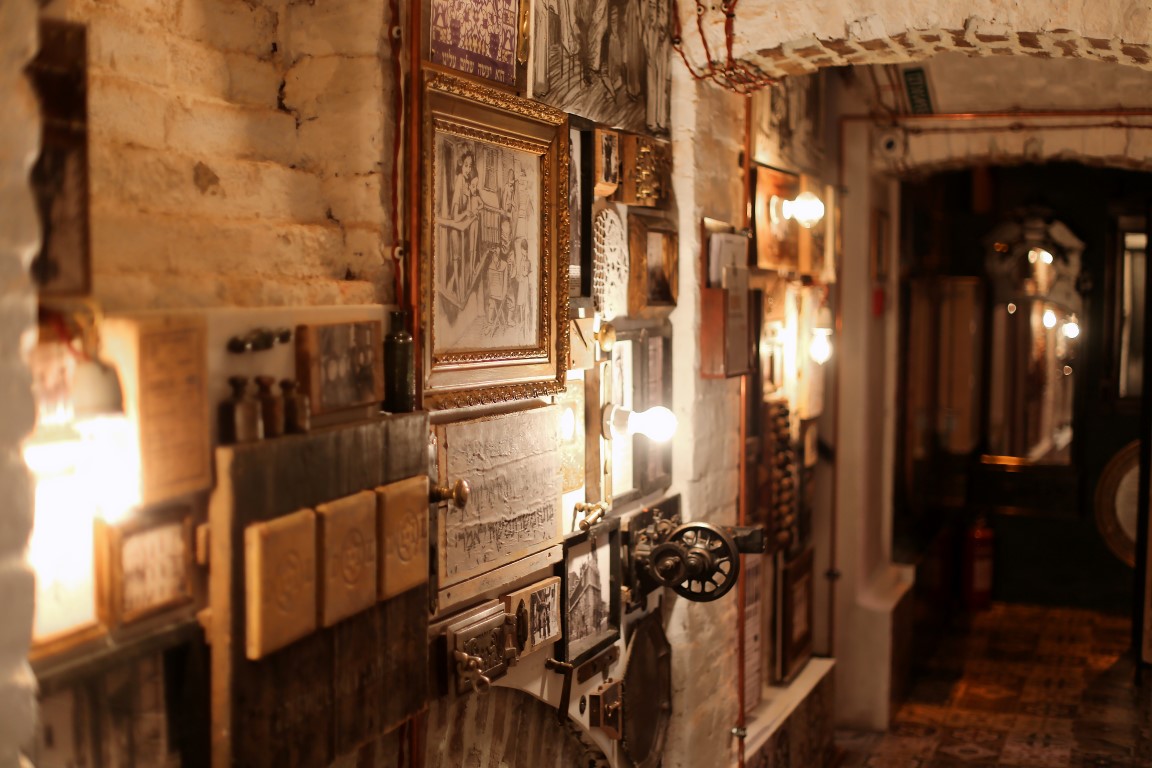 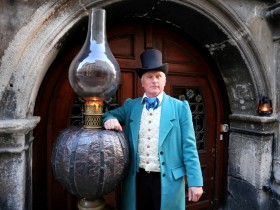 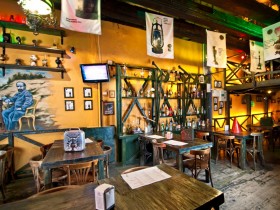 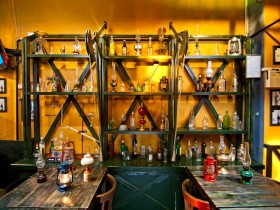 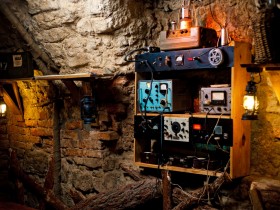 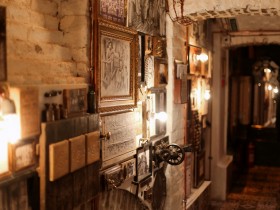